I have finished the first draft of the project and it appears to be working.  Let’s go over the list and just hit the high points of how I did things and problems I came across.

So I was able to find an httpclient for the photon that I am using to check a weather site for the latest rainfall totals.  I save the data from the last two days and if it is over an inch I skip that day’s watering.

END_OF_DOCUMENT_TOKEN_TO_BE_REPLACED

Over the past two days I attended a conference called the Big Android BBQ.  I found out that Google Developers was sponsoring the conference that has been around for 5 years now.  XDA-developers also sponsored the even which is where I found out about it initially.  So, I took a couple of days off work and went to the conference.  It was an interesting experience and I recommend it to anyone interested in developing on android.  There were several sessions a day and they went over topics from a talk on git, code labs for automated testing, performance on mobile, android for java developers, and even a fireside with John McAfee.  They had a lab where google employees were available to help as you walked through some code tutorials.  It was really pretty cool over all.

Am I now an android developer?  I would say that it was definitely a learning experience and it would be helpful if I could ever think of a useful app to write.

If you see a conference coming to town, do yourself a favor and go learn something.

I have worked on the irrigation system over the past weekend and have hooked it up for its first test run.  Here is the latest view of the hardware. 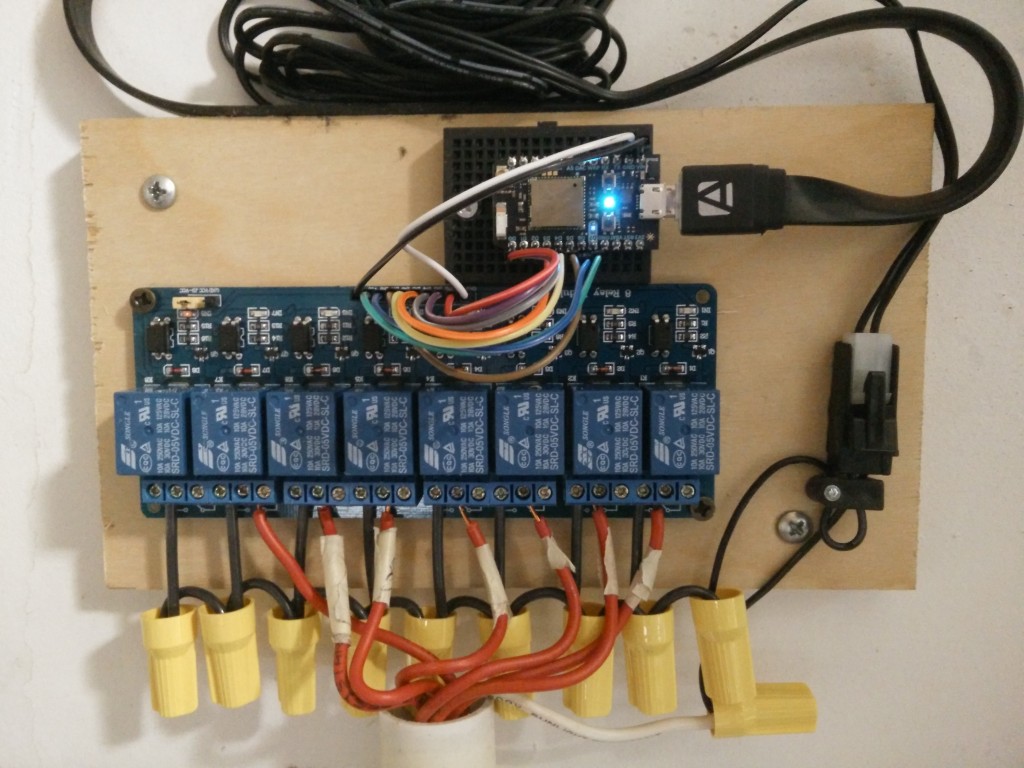 I’m not sure if you can tell everything that is hooked up and where, but here is the run down.  The relays are number 1-8 from right to left.  The red wires are the valves (solenoids) where the wire in relay 7 is the main valve which needs to be turned on when each of the solenoids is turned on.  The wires for the power is hooked up to the open side of the solenoid.